Not sure which product is for you?Talk to a specialist! 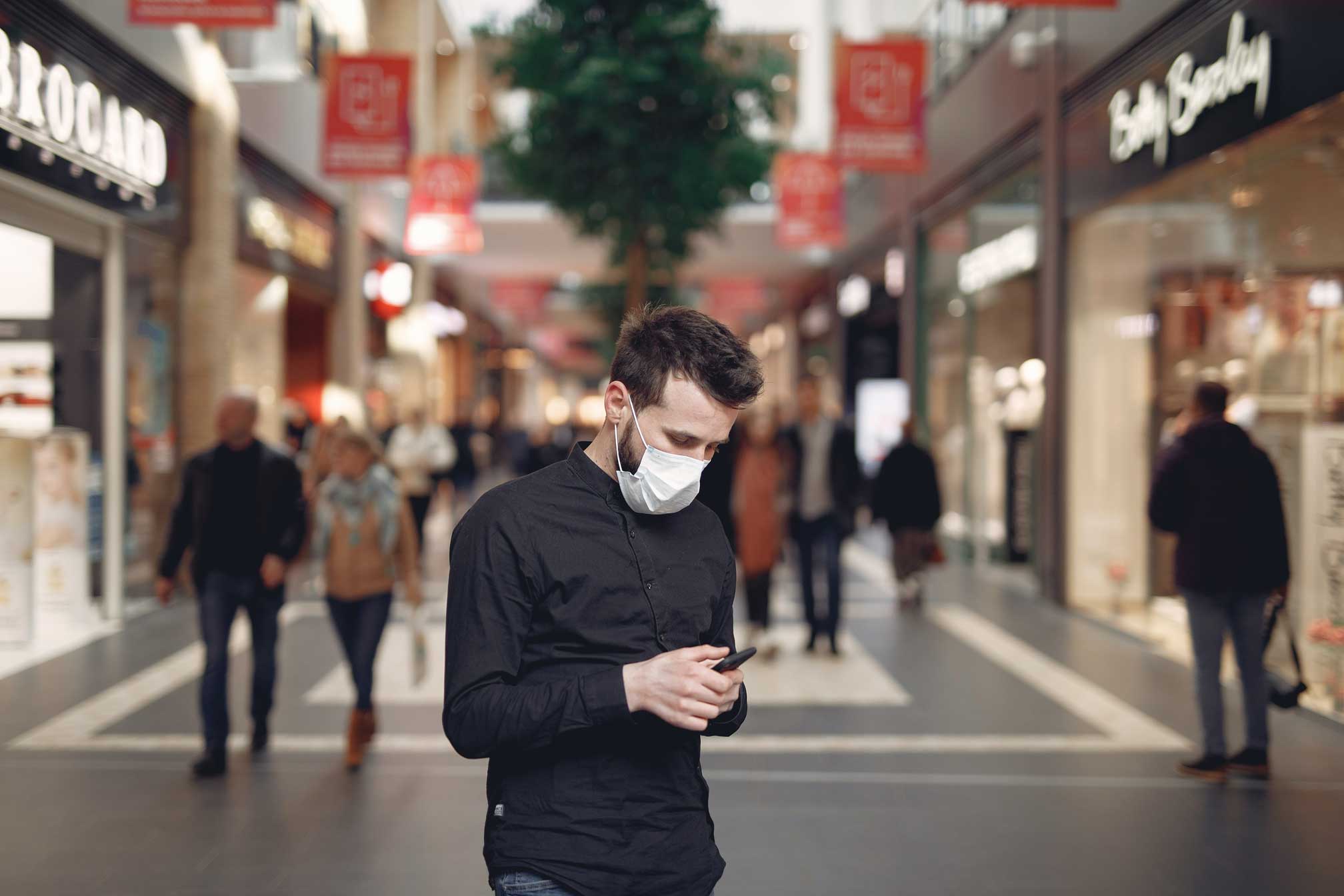 A New Opportunity For Independent Retailers In These Uncertain Times

For better or worse, the way the world does commerce has changed forever. As consumers are learning tore-evaluate their entire shopping experience, retailers, in turn, are coming to grips with a new era in the provider/customer relationship. Even as we gradually move on from the COVID-19 experience, it will leave an indelible mark on the future of the retail industry. Small retailers, in particular, the ones that haven’t yet given up all hope of re-establishing their presence in the marketplace, will be tasked with new ways to create connections to their customers.

Brick and mortar entities will be looking for innovative solutions at a fraction of the cost to compete in a dramatically different retail environment. As they frantically restructure their business model, small retailers will need to rely on fully functioning resources to ease their burden. Planning and implementation in a changing commerce world may be best served by looking into the past for success stories that occurred against insurmountable odds.

Retail behemoths like Amazon and Walmart maintains enormous infrastructures, and while at first, it may seem these giants are unbeatable, they have also created uncontested weaknesses. The recent COVID-19 pandemic may have brought their collective market share to all-time highs, but the stresses being placed on service partners presents a unique opportunity for smaller retailers.

A Look Back in Time Points Us Forward Again

What better teacher is there than history to provide us with feasible solutions for new dilemmas? Consider, for example, the story of the British Navy’s defeat of a huge nemesis during the 17th century, the Spanish Armada. Outgunned and outmanned by an armada of enormous galleons which ruled the coastlines of Europe, the comparatively tiny English fleet desperately needed a viable plan for survival.

Lacking the resources from Queen Elizabeth I, or the time to build vessels to match the size of the Spanish galleons, the British admirals set their focus on finding creative advantages to defeat their enemy. British ships carried lighter loads, traversing the water much faster than Spain’s mammoths, and the smaller cannons were more than twice as quick to reload. The answer to England’s dilemma lay with the agility and seamanship of their fleet.

English ships’ captains were instructed that once they’d drawn fire at a distance from the massive Spanish guns, they were to swarm in close with as much rapid fire of their own they could muster. While Spanish guns lay silent for laborious reloading, the smaller and nimbler British crafts inflicted heavy damage on the galleons, and then just as quickly, they were gone. By the time Spain’s crews had turned their massive ships, the British marauders would be out of range again.

Ultimately, this tactic forced the Armada into a position they were not entirely comfortable with for battle; the rough open seas of the North. These unsettling waters brought greater danger to the huge galleons as they were forced into closer proximity to rocky shores. The real threat of running aground loomed large, forcing the Spanish fleet to cut and run for friendlier waters. Britain then, ultimately won the day by using speed and efficiency to expose the great armada’s weakness.Spain’s tremendous arsenal lay relatively silent with their great ships unable to match speed Britain’s sleeker fleet.

Much the same scenario holds in today’s world of commerce. Major e-commerce sellers have placed unsustainable demands on ‘last mile’ service providers, causing huge backlogs in logistics depots around the globe. Even sizeable organizations like FedEx, UPS, and worldwide postal services are facing enormous pressure to facilitate ‘on-demand’ orders in a timely fashion, but they lack the agility to change course at will.

How Planning and Creativity Will Win the Day

Brick and mortar operations do have one distinct advantage over Amazon with the implementation of curbside pickup.Again though because of their size, retailers like Walmart face the challenge of moving inventory internally to fulfill local customers’ needs. Wait time once again presents a huge hurdle due to the sheer volume of orders.Inter-store transfers create time backlogs, and once again the customer is left waiting for their purchases.

This is precisely where small retailers might move into the void and reap huge rewards with a concerted effort. A smaller, tighter operation allows for faster navigation in the local marketplace. Online ordering, same-day delivery, and curbside pickup are all tools at the small retailers’ disposal. With comparative smallness of scale, each is an advantage to be exploited in a localized market; something large businesses cannot easily address.

Pre-planning though becomes paramount in performing a course change with continued success. Fully developed inventory management systems that are designed to interact with all aspects of a given operation are available to entrepreneurs at minimal costs. While maintaining accurate and instantaneous accounts of stock and their movements, the small retailer now has the advantage of speed and agility when competing for marketshare. All of these functionalities are at the operator’s fingertips, on all devices. Setting a course for the battle of retail supremacy has never been more within reach to more businesses.

The last few months have provided a unique opportunity for savvy entrepreneurs to build solid foundations for rolling out a new product in a changing commerce environment. It’s not too late to lay the groundwork for future gains. As governments ease restrictions on local businesses, will your operation be ready to pounce when the time is ripe?

So, consider the past, live in the now, and create a brighter future. The secret ingredients for success are at your fingertips. 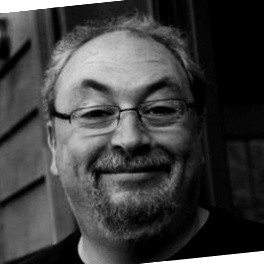 Blogging and Content that addresses issues with fresh insights. 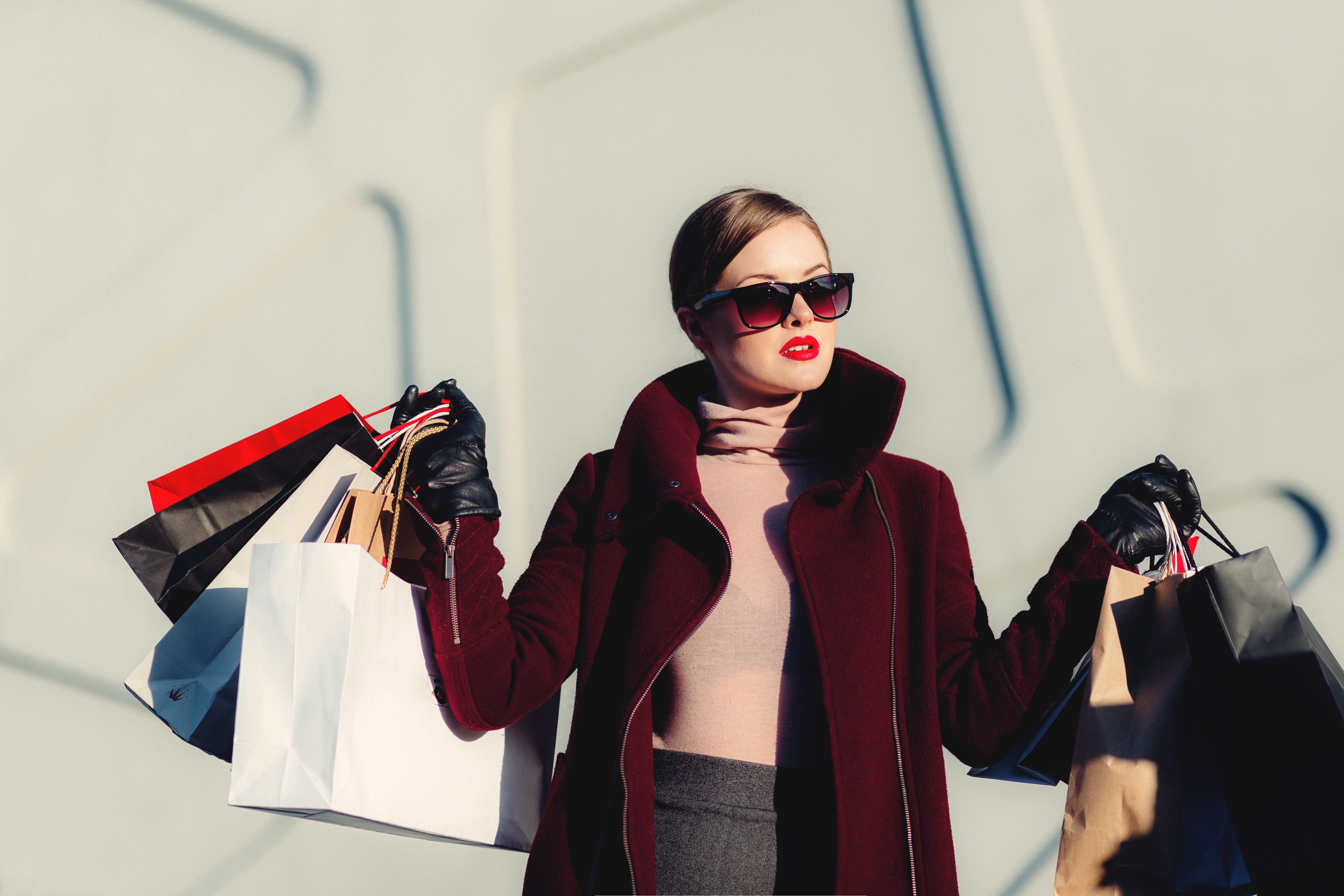 Two Ways to Move Your Retail Business to Another Level 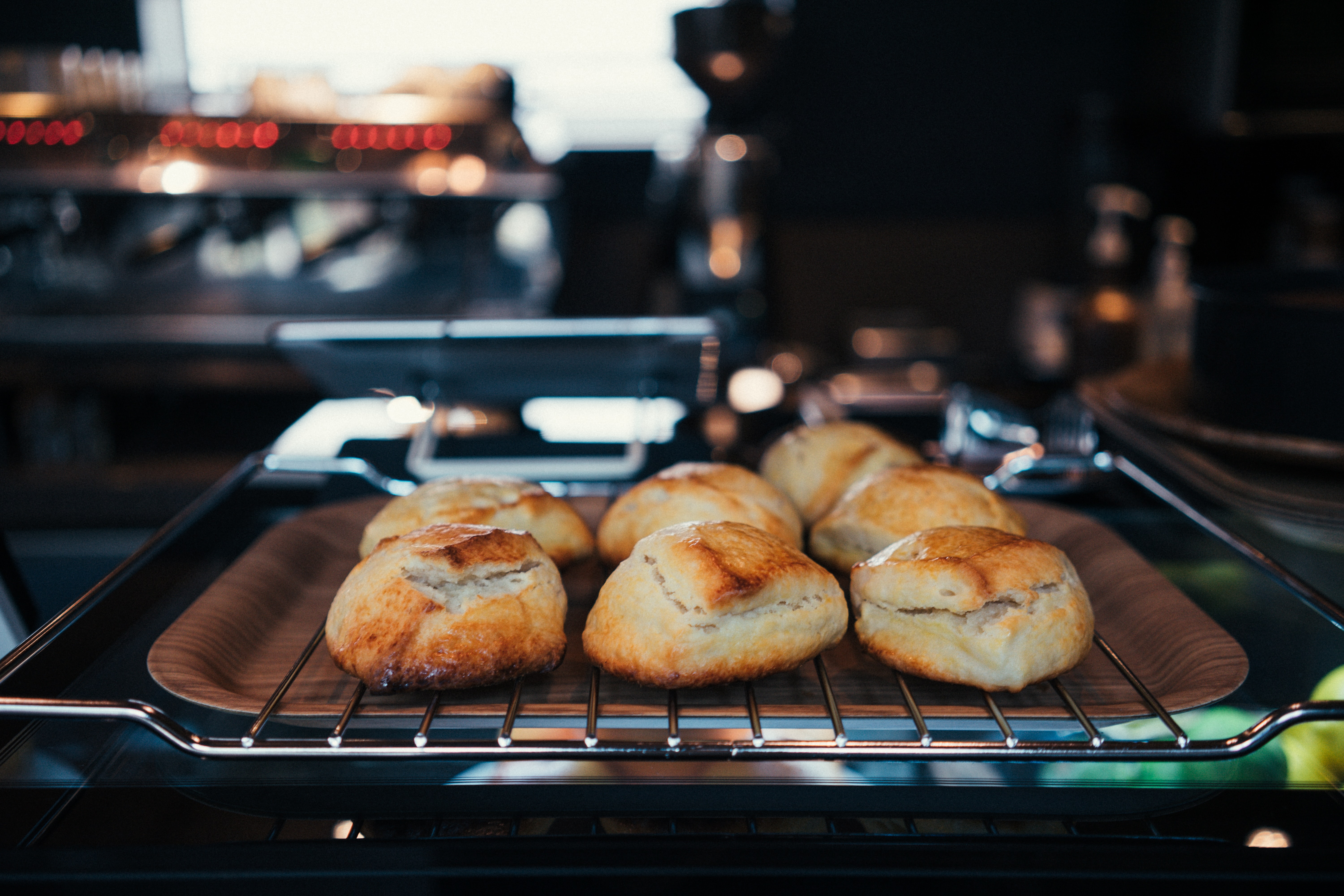 Unleash The Power of ‘Coming Soon’

It may be one of the most effective marketing tools you can adopt for your retail business.
Stuart Englander
Business Decisions 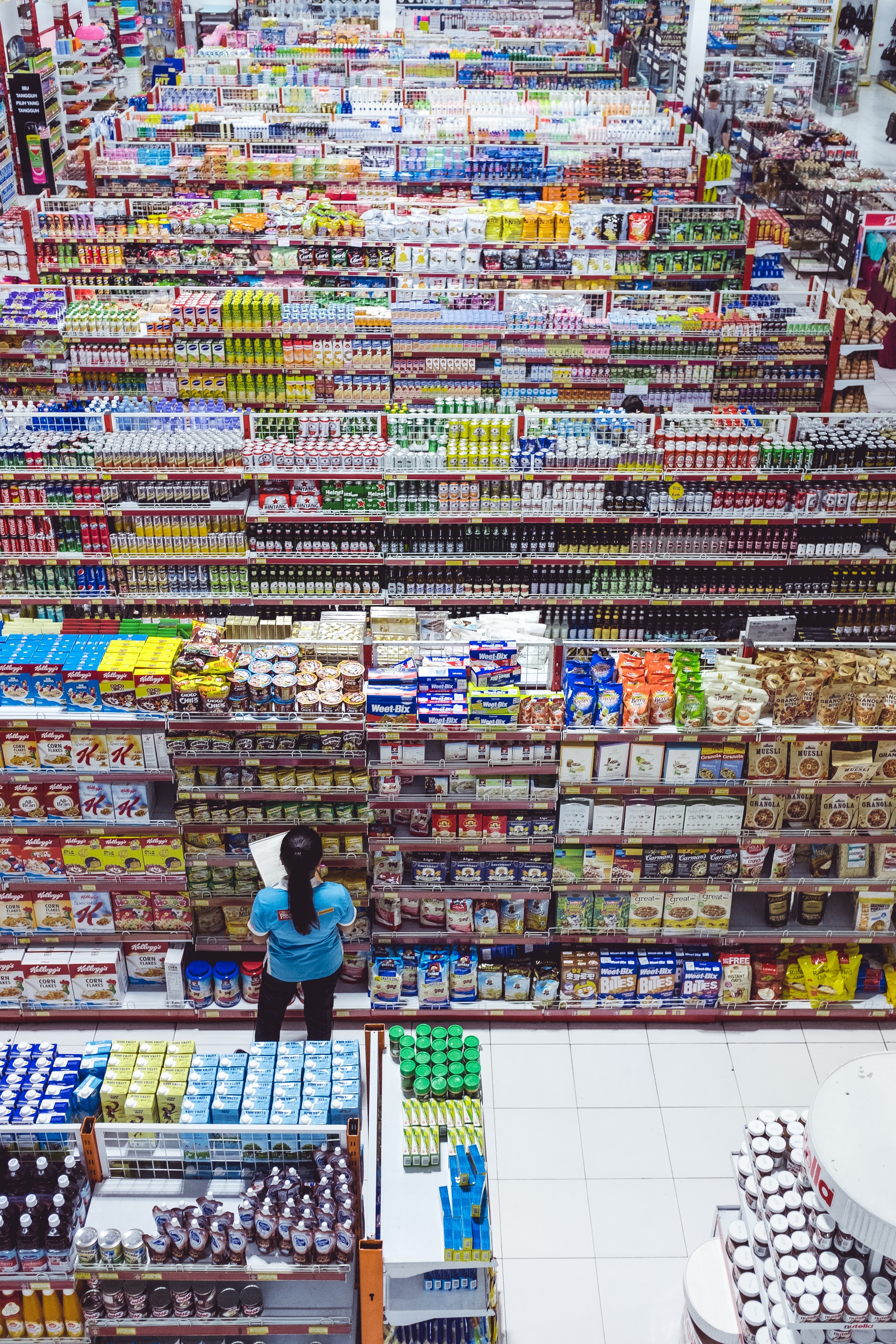 How To Take Stock of Your New Retail Environment

Solutions for growth in retail with expanded services and cohesive operational systems
Stuart Englander
Business Decisions
🚀 Prepare to upgrade your inventory management!
talk to a specialist